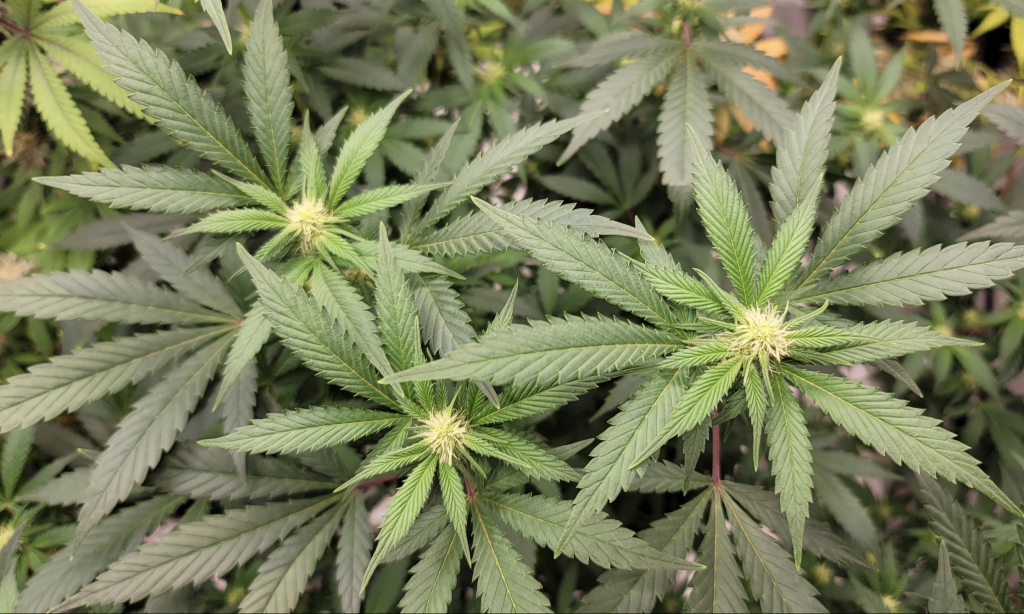 A bipartisan duo of congressional lawmakers filed a bill on Wednesday to set a federal marijuana research agenda and create a designation for universities to carry out cannabis studies with federal grant money.

The legislation from Reps. Scott Peters (D-CA) and Dave Joyce (R-OH) is titled the “Developing and Nationalizing Key Cannabis Research Act.” The bill text doesn’t abbreviate the title, so it’s not clear if the intent was to play into cannabis consumer nomenclature with the introduction of the DANK Cannabis Research Act.

In any case, the measure would require the National Institutes on Health (NIH) to collaborate with other agencies, including the Centers for Disease Control and Prevention (CDC) and Substance Abuse and Mental Health Services Administration (SAMHSA) to develop “a national cannabis research agenda that addresses key questions and gaps in evidence.”

That agenda must include six primary research objectives. For example, the agencies must prioritize studies into the safety and efficacy of cannabis in the treatment of multiple conditions such as epilepsy, multiple sclerosis, chemotherapy-related pain and nausea, as well as the use of marijuana as an opioid alternative.

Other agenda items include research into the effects of cannabis on “at-risk populations” like children and pregnant women, the “nontherapeutic impacts” of marijuana, the relationship between cannabis use and behavioral health, the “clinically appropriate dosages and modes of delivery of cannabis” and other public safety considerations related to potency, youth access and misuse.

—
Marijuana Moment is tracking more than 1,500 cannabis, psychedelics and drug policy bills in state legislatures and Congress this year. Patreon supporters pledging at least $25/month get access to our interactive maps, charts and hearing calendar so they don’t miss any developments.

Learn more about our marijuana bill tracker and become a supporter on Patreon to get access.
—

Under the legislation, federal agencies would also be mandated to work together to “carry out surveillance activities to collect population-wide data on cannabis use.”

There would be data collection related to the health outcomes, demographics, types of products and delivery methods and “other relevant health information to improve the understanding of cannabis use in all age groups and sub-populations.”

Further, the bill calls for data to be compiled from “public health surveillance systems, surveys, questionnaires, and databases of health care records” such as the federally funded Monitoring the Future health survey.

There’s a privacy provision attached to that section, stipulating that data collection must be conducted in a way that “protects personal privacy to the extent, at a minimum, that is required under applicable Federal and State law.”

The third section of the legislation would require the head of NIH to designate certain universities as “Centers of Excellence in Cannabis Research for the purpose of interdisciplinary research related to cannabis and other biomedical, behavioral, and social issues related to cannabis.”

Institutions interested in receiving that designation would need to submit an application to NIH that contains information about their research capabilities, ability to coordinate studies across different disciplines, personnel and facilities, qualifications for administering academic courses to train students and professionals on marijuana-related topics and state funding opportunities.

“In selecting institutions of higher education for designation as Centers of Excellence in Cannabis Research, the Director of NIH shall give priority to such institutions that have proven track records in medicinal cannabis research,” the measure says. The designations would be valid for five years, after which point an institution may reapply.

NIH would have the authority to issue grants or enter into cooperative research agreements with up to 10 Centers of Excellence in Cannabis Research, and they’d be able to distribute $50 million for each fiscal year from 2024 to 2028.

“The Director of NIH shall promptly disseminate research results under this subsection to relevant governmental, academic, and research entities,” the measure states.

Finally, the bill contains a section that’s meant to streamline the registration process for researchers at universities interested in conducting cannabis studies. Designated Centers of Excellence in Cannabis Research would also be protected against federal sanctions for obtaining marijuana from state-legal dispensaries for study purposes.

The bill is substantively similar to a measure filed by Sen. Dick Durbin (D-IL) in 2019, as well as a companion measure introduced by some House lawmakers that year, but a key difference is that the earlier legislation also included a provision to move marijuana from Schedule I to Schedule III under the Controlled Substances Act (CSA). Its exclusion is perhaps an acknowledgement that many cannabis legalization supporters now believe that would be an inadequate reform compared to completely removing the plant from the CSA.

The filing of this latest legislation comes on the same week that the U.S. House of Representatives separately voted to approve another bipartisan marijuana research bill that’s also intended to expedite and simplify the process of receiving authorization to study the risks and benefits of marijuana. That measure, which would not allow researchers to study dispensary cannabis, is expected to be taken up by the Senate in short order before potentially being sent to the president’s desk.

Read the text of the new marijuana research bill below:

Marijuana Moment is made possible with support from readers. If you rely on our cannabis advocacy journalism to stay informed, please consider a monthly Patreon pledge.

Senator Hopes To Pass ‘Some Key Reforms’ On Marijuana This Year, But Says Full Legalization Is A ‘Difficult Feat’

We use cookies on our website to give you the most relevant experience by remembering your preferences and repeat visits. By clicking “Accept”, you consent to the use of ALL the cookies.
Do not sell my personal information.
Cookie SettingsAccept
Manage consent

This website uses cookies to improve your experience while you navigate through the website. Out of these, the cookies that are categorized as necessary are stored on your browser as they are essential for the working of basic functionalities of the website. We also use third-party cookies that help us analyze and understand how you use this website. These cookies will be stored in your browser only with your consent. You also have the option to opt-out of these cookies. But opting out of some of these cookies may affect your browsing experience.
Necessary Always Enabled
Necessary cookies are absolutely essential for the website to function properly. These cookies ensure basic functionalities and security features of the website, anonymously.
Functional
Functional cookies help to perform certain functionalities like sharing the content of the website on social media platforms, collect feedbacks, and other third-party features.
Performance
Performance cookies are used to understand and analyze the key performance indexes of the website which helps in delivering a better user experience for the visitors.
Analytics
Analytical cookies are used to understand how visitors interact with the website. These cookies help provide information on metrics the number of visitors, bounce rate, traffic source, etc.
Advertisement
Advertisement cookies are used to provide visitors with relevant ads and marketing campaigns. These cookies track visitors across websites and collect information to provide customized ads.
Others
Other uncategorized cookies are those that are being analyzed and have not been classified into a category as yet.
SAVE & ACCEPT
X