A Q&A with Everett Smith, Co-Founder & CEO of Presidential 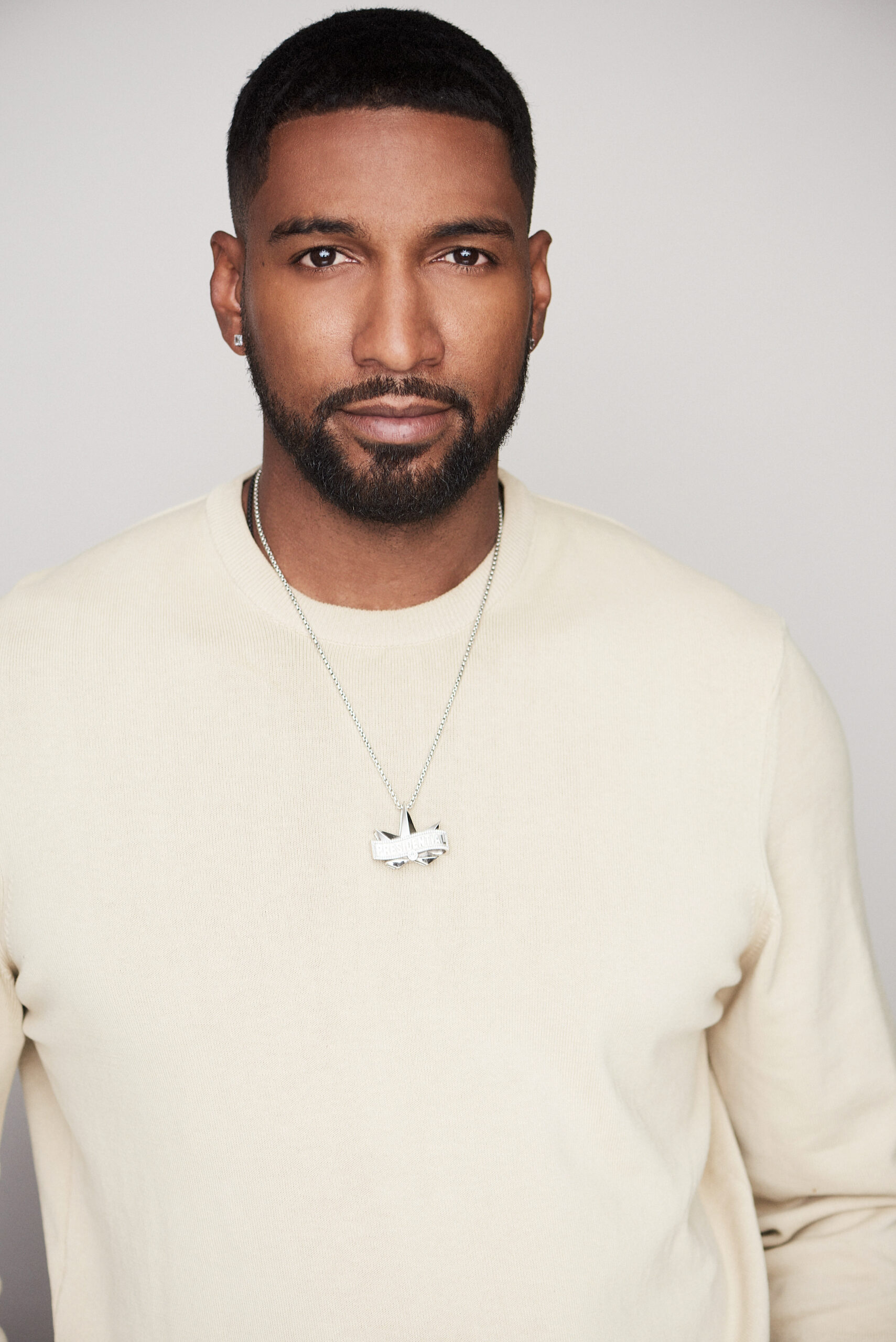 Infused flower and infused pre-rolls are two segments of the cannabis flower market sought after by consumers for their high THC content. Moon rocks are a type of infused flower product made by infusing flower with sticky concentrate and then rolling the sticky flower in kief. THC content of moon rocks often exceeds 50%.

Presidential is one of the largest infused flower cannabis companies and the third largest pre-roll brand in California, with products available in over 400+ retail stores such as MedMen, Gorilla RX, Sherbinskis, La Brea Collective and Royal Greens. Presidential’s success and growth has primarily been organic through word of mouth. Presidential recently launched the Presidential Suite in WeHo, a speakeasy-style lounge with entrance through a subway car inside a NY-style pizzeria, Esco’s. The suite offers events including exclusive cannabis industry nights as well as “pizza parties” held jointly with Esco’s.

We interviewed Everett Smith, co-founder and CEO of Presidential. Everett co-founded Presidential in 2012 following a professional basketball career in Europe. He has a background in marketing and brand development.

Aaron Green: Everett, how did you get involved in the cannabis industry?

Everett Smith: It was really just by chance. I was in Vegas after I was done playing ball overseas. I was working 9 to 5 at the convention center for a company called Freeman. I was out waiting for some clients and I met this guy who started talking to me about cannabis, about this company he was starting and how his friend was manufacturing the product for him. I didn’t love my job. I was looking for something exciting to do. So, I got their information, and I took him up on it and I called them every day for almost three months. Then it finally got together and long story short, we started.

Green: What year was that?

Green: So, you met this person in 2012 and then three months later had it up and going?

Smith: Long story short, yes. After three months, we finally got together and got all the parameters figured out and then we started to create the brand, get the packaging, get the product, and put it out to the street. That all probably took six to eight months.

Green: Presidential is known for moon rocks and infused pre-rolls. How did you hit upon the concept of infused flower? Why did you make that your focus?

Smith: The gentleman I was talking about before – he’s no longer our partner – was manufacturing for his friend and that’s what he did, so that’s what we got introduced to and then as soon as we started selling it, I just found ways that it could be improved. I listened to the customers we were selling to. My old partner wasn’t willing to do that due to the manufacturing time, so we took it into our own hands and got an investor, my partner now, John Zapp, and we figured out how to manufacture it ourselves. We had zero idea what we were doing and we figured it out. I have to give credit to John, he is the one who figured out the formula we are using right now. There was a lot of bumping our heads, a lot of trial and error, a lot of figuring it out. And luckily, we did.

Green: You mentioned you felt like other companies weren’t doing it right. What was the difference that Presidential brought to the table?

Smith: Quality. These other companies were focused on profit margin. They weren’t using quality products. They were using the same product twice in different things, which is the ultimate no-no. I just found that if you started with high-quality raw goods, and put them together, you are going to have an even better product.

Growing up my mom was kind of a hippy. We just like stuff from the earth. Good organic stuff. So, we were taking flower that I knew was being grown organically at the time and then infusing it and it created a better product. We packaged it better than anybody else’s packaging at the time. I have a background in marketing so at that time, I was just trying to create a product and a brand that my friends and I would like. I thought we were our target user at the time. I was working in my late 20s.

Green: Where were you located at the time?

Smith: We were in Los Angeles.

Green: What were some of the challenges of launching a brand in Los Angeles back in 2012?

Smith: Some of the challenges included: education of the consumer; getting clients in the door and making them feel safe to come into a dispensary and purchase medicine at the time; and the legalities – maneuvering all the different propositions that were coming down and being able to do it legally and safely. The legal issues were probably our biggest hurdle. Then there was the challenge of introducing people to Moon Rocks. Infused flower was a brand-new concept, so we had to find as many people as we could to introduce the product to.

Green: I’m just imagining back to 2012, I think Moon Rocks would have been completely new to me. How did you get customers over the hump of trying something new? 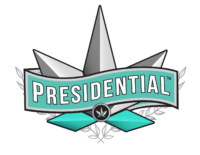 Smith: I would get big jars of Moon Rocks. They look crazy. We saw people walk by and just watched the reactions. It was like, “Whoa, what’s that? What in the world is that?” Then we use the tagline: “World’s Strongest”. We’re starting with nice, tasty flower. We’re putting 90% THC distillate on it and then when we’re taking kief in the mid 40s 50s (% THC), and we’re covering it. So we’re putting THC on top of THC of on top of THC.

Putting “The World’s Strongest” on there and just putting big jars out in front of as many people, at as many conventions, and at as many dispensaries that would let us set up a patient appreciation day. That’s how we did it.

Green: You are in retailers across California. What were the keys to your success in building out your distribution network?

Smith: Sales. Knocking on doors. My partner comes from the car business. He was a fixer-upper helping dealerships all over the country become more profitable. So, just having that mentality of going out every day and knocking on doors trying to get every single possible client. I want to say it was like being a car salesman and Hollywood, or something similar. At first it was me and John every day knocking on doors. Then the business built on itself.

We have the same process now. Knock on the doors and send our brand ambassadors in there to do customer appreciation. They get our product in front of people and it’s worked for us. The marketing money we do spend we spend in the stores, because we see a direct correlation there. At the end, it really goes back to the knocking on doors.

Green: Do you notice anything different between 2012 sales and prospecting versus today now that your brand awareness has changed?

Smith: Absolutely. Everything is very corporate now. Before 2014, you could knock on the door and the person that you needed to see was sitting right there. The owner was the buyer. Now, you have to get through layers of people to get to the actual decision-maker because they’ve become so corporate. So that’s the biggest difference I see, but I wouldn’t say it’s a negative. I would say that our industry has become more positive. We can guarantee regular pay. We can guarantee that the products are going to be on the shelves and we can cut or markup the pricing. Those are the changes I see and they’re not always easy, but I think they’re for the better.

Smith: Right now, the infused flower market is one of the fastest-growing markets. I see that becoming the norm, and the same for pre-rolls. We’re looking at expansion and trying to become one of the national players in this game. We’re swinging for the fences.

Green: What geographies are you looking at?

Smith: Right now we’re in California. We are in negotiations to launch in Nevada in July. We were getting ready to launch in Oklahoma, but had a deal fall through so now we are kind of switching gears. I would say by end of year we’ll be in Oklahoma, and my partner John is trying to close a deal for Michigan. So, those are the markets we have on the table right now. We’re looking to close those all before the end of the year.

Green: What trends are you following in the industry?

You can infuse the flower with pretty much any kind of concentrate the way that we do it. I’d like to come out with some diamond products, that’s hot right now. We’re following the wave and trends of the concentrates.

Green: What in your personal life or in cannabis are you most interested in learning about?

Smith: In my personal life, I’m interested in financial craftiness. You know, make your money and make your money work for you. I personally, in the business, would like to learn more about the smokeless form factors of cannabis. Things like beverages and capsules. I think that’s where the industry will end up going. So, I’m interested in learning more about the manufacturing of beverages and capsules and what it entails.

Green: Thanks Everett, that concludes the interview.

No Green Wave This Time, But Two More States Legalize Adult Use Cannabis

Arizona Exceeds $1 Billion In Legal Marijuana Sales For 2022, With Three Months Of Data Yet To Come In

We use cookies on our website to give you the most relevant experience by remembering your preferences and repeat visits. By clicking “Accept”, you consent to the use of ALL the cookies.
Do not sell my personal information.
Cookie SettingsAccept
Manage consent

This website uses cookies to improve your experience while you navigate through the website. Out of these, the cookies that are categorized as necessary are stored on your browser as they are essential for the working of basic functionalities of the website. We also use third-party cookies that help us analyze and understand how you use this website. These cookies will be stored in your browser only with your consent. You also have the option to opt-out of these cookies. But opting out of some of these cookies may affect your browsing experience.
Necessary Always Enabled
Necessary cookies are absolutely essential for the website to function properly. These cookies ensure basic functionalities and security features of the website, anonymously.
Functional
Functional cookies help to perform certain functionalities like sharing the content of the website on social media platforms, collect feedbacks, and other third-party features.
Performance
Performance cookies are used to understand and analyze the key performance indexes of the website which helps in delivering a better user experience for the visitors.
Analytics
Analytical cookies are used to understand how visitors interact with the website. These cookies help provide information on metrics the number of visitors, bounce rate, traffic source, etc.
Advertisement
Advertisement cookies are used to provide visitors with relevant ads and marketing campaigns. These cookies track visitors across websites and collect information to provide customized ads.
Others
Other uncategorized cookies are those that are being analyzed and have not been classified into a category as yet.
SAVE & ACCEPT
X